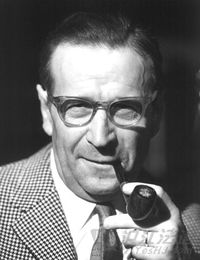 , originally published in France in 1958 and recently re-issued by Melville House. The Train is one of Simenon’s roman durs, literally, “hard novels.” Although not a detective novel, it’s written in the hard-boiled prose style of American crime novels of the mid-twentieth century. Raymond Chandler is a chortling optimist compared to Simenon, and The Train is bleak even by detective novel standards. After all, murders are acts of will. They are committed by characters who have a sense of agency–that they are the authors of their own actions–and they have hope that their crimes will not be detected.

For Marcel, the narrator of The Train, the Nazi invasion of France is an event specifically designed to shake him out of his safe, comfortable existence in a small provincial town.

I who had seen this event coming from so far away, who had waited for it for so long, I had not made any decisions in advance. It was as if I were waiting for a sign, as if I wanted Fate to decide for me.

I wasn’t responsible any more.

With the Nazis advancing on his town near the Belgian border, Marcel packs his pregnant wife and young daughter onto a first-class carriage on a refugee train, while Marcel is consigned to a packed freight car. There he meets a young woman with an obscure past and begins an affair with her in the cramped quarters of the freight car. When the train is split up and the first-class carriages are sent to another city, Marcel isn’t especially concerned. He even admits to feeling a “certain serenity.” He explains,

A break had occurred. That didn’t mean that the past had ceased to exist, still less that I had repudiated my family and ceased loving them.

It was just that, for an indeterminate period, I was living on another level, where the values had nothing in common with those of my previous existence.

Freed from his past, Marcel and Anna, his lover, drift through northern France, sleeping under the stars, only vaguely interested in the chaos around them. He tells Anna he loves her. Anna confesses she’s escaped from prison.

Their wartime romance comes to an abrupt halt when Marcel learns that his wife has delivered a baby in a distant town. To his surprise, Anna accompanies him on his journey. He comes to realize that Anna clings to him for protection rather than any genuine feeling for him. He’s fine with this until he’s reunited with his family. He returns to his former life with hardly a backward glance. When Anna reappears in his home town with a British pilot, Marcel refuses to help them. A few days later Anna and her pilot are executed by the Germans. Marcel lives happily ever after.

Barely a whiff of sentiment emerges from Simenon’s taunt prose. Jean-Paul Satre’s observation about Albert Camus’ prose style could also be applied to The Train: “The sentences in The Stranger are islands. We bounce from sentence to sentence, from void to void.” However, unlike the characters in Camus’ novels, Marcel never really grasps the fundamental absurdity of his existence. Instead, he resembles one of those characters Sartre described as wishing for a war so he doesn’t have to break up with his mistress.

Simenon fancied himself as an existentialist Balzac. Simenon never quite understood the rarified intellectual atmosphere surrounding Sartre and Camus. Perhaps it was because Simenon was Belgian and too busy scribbling away at his 500 works of fiction. Simenon was said to be enraged that Camus won the Nobel Prize for literature and he didn’t. For all their stoicism, Simenon’s men are too intellectually lazy to be persuasive existentialist heroes. They are marginalized characters who nevertheless think they’re at the center of the world.

Still, The Train cuts across the melodramatic tendency of World War II narratives. Marcel and Anna are tough people living in grim times as they navigate an upheaval they barely comprehend. The only other novel I can think of that rivals The Train in immediacy is Irene Némirovsky’s Suite Française, another refugee story. Simenon’s novel isn’t nearly as good, but its appeal is quite different. The Train has an emotional realism that is difficult to find in World War II fiction.