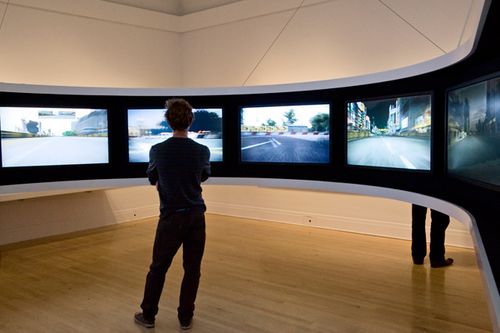 Speed has been one of the signature qualities of modernity, particularly since the early twentieth century. The Modernists’ fascination with speed as the essence of a new industrialized culture was most succinctly stated by Filippo Tommaso Marinetti in “The Foundation and Manifesto of Futurism” (1909), “Time and space died yesterday. We already live in the absolute, because we have created eternal, omnipresent speed.”

SPEED, the latest issue of MAS Context, assesses the current state of this most Modernist of qualities. Jeffrey T. Schnapp argues that the speed has become even more ingrained in contemporary culture.

Never, as in the present, has speed invaded more nooks and crannies of our everyday existences: from the tick of the human psyche to the tocks of culture, economy and language. Never before has this once-exclusive attribute of gods and god-like men, become the common patrimony of so many men and women on a worldwide stage. And never in prior epochs have so many voices risen up to sound the clarion call of a salvific slowness, however fatally enmeshed that slowness might be in the very logic of acceleration as progress (like “smart” control systems that increase the pace of urban traffic flows; or safety devices that make taking on ever greater physical risks a reasonable behavior; or investment vehicles that provide “insurance” against speculative risks while creating new speculative opportunities of their own). All are tell-tale symptoms of an epoch in which speed is king but in which the monarch’s clothes are no longer those worn at the turn of the 20th century. 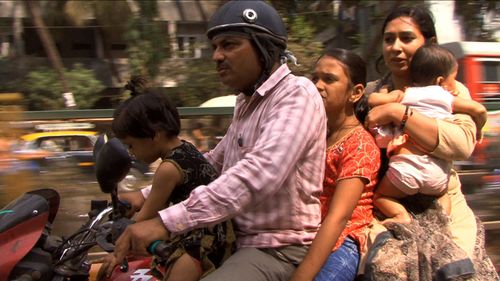 However, like most cultural phenomenon, speed is not equally accessible to all. Iker Gil talks to the Danish filmmaker Camilla Nielsson, the co-director (with Frederik Jacobi) of the documentary Mumbai Disconnected. The film examines what Nielsson describes as the city’s “almost surreal sense of over-crowdedness.” To help alleviate its chronic traffic jams city officials propose building an elevated highway through a wealthy neighborhood. The film considers the issue from the points of view of an affluent woman who fights the proposal, a bureaucrat trying to get the project approved, and a working-class man who dreams of buying a car to drive across the city to his job. The opponents of the flyover eventually win, so the poor remain trapped in the city’s prodigious congestion. Dropping her objectivity for a moment, Nielsson tells Gil, “the steep differences between the rich and the poor needs to be dealt with. I always wondered why the lower classes in Mumbai don’t rise and protest against the almost perverse level of social injustice.”

While Munbai is a city growing too quickly and moving too slowly, Madrid appears to be a stable Old World city with maybe a few too many cars, but that’s about it. Architects José María Ezquiaga and Juan Herreros address the traffic problem in their project “Proyecto Madrid Centro.” They propose revitalizing the city center to combat suburban sprawl made possible by the rise in car ownership. On the face of it, their proposal is a standard response to a commonplace problem. What sets Ezquiaga and Herreros’ project apart is their realization that the tools of urban planning aren’t adequate to rapidly changing economic and social conditions. The global recession has hit Spain particularly hard, and Madrileños have had to make some very quick adjustments to rapidly changing economic conditions. Ezquiaga and Herreros note, “citizens create their own vital channels and establish themselves in the unstable condition with more confidence than the planners, who still believe they are working towards the future, but in fact it’s already arrived and they suddenly have to rush in a convulsed present.”

The unifying thesis to emerge from the SPEED issue is that culture is changing so rapidly our traditional methods of making sense of change are no longer adequate. Troy Conrad Therrien of Columbia University’s Graduate School of Architecture warns his fellow academics they had better pick up the pace of analysis or risk becoming irrelevant. A British hedge fund has discovered that the stream of Tweets flowing from Twitter can, somehow, predict the Dow Jones Industrial Average with 87 percent accuracy. Therrian declares, “the epicenter of the production and exploitation of real-time knowledge is not the [the university], but finance.” Of course, it takes an academic theorist to realize an algorithm about Twitter represents an historically important development and not just another attempt to jimmy the system. 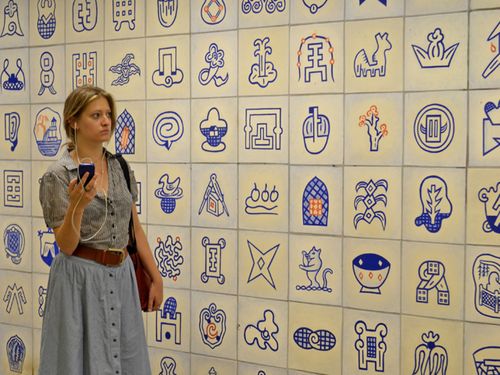 Geo-position technologies are a boon to architectural historians. Suddently huge image stores are available to create narratives about buildings. But Brendan Crain of the Where Blog asks an important question: When a place has multiple layers of history to sort through,

which version of these versions that we are preserving is most important to preserve? You would be hard-pressed to find someone who would argue that the Greenwich Village of 2011 is as important to pass on to future generations as the Greenwich Village of 1953. Since history never stops being made, there will never be enough time or energy to preserve (promote) everything. Selective forgetfulness is a fundamental necessity in a digitally-augmented world.

Data can inform, but it can also convey a sense of helplessness. Iker Gil presents statistics on Bilbao’s remarkable recovery, sparked by a 1985 urban plan. The story is a happy one, but one wonders if such orderly progress is possible in the twenty-first century. In “Race to Build” Gil and André Corrêa track skyscraper construction from the Home Insurance Building (1885) to the present. Buildings are getting taller, of course, and being built more rapidly. The center of skyscraper production has shifted away from the U.S. to Asia and the Middle East, just like the global economy as a whole. 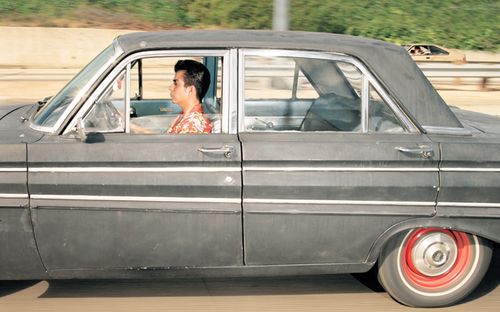 With data whizzing past faster than you can see it, the slow and the low-tech take on a special meaning. Candy Chang has devised an ingenious, if grammatically dubious, method of allowing residents of New Orleans to influence the city planning process. Her “I Wish This Was” project distributed fill-in-the-blank stickers for residents to attach to vacant buildings throughout the city. Change can’t come to New Orleans fast enough. The motorists in Andrew Bush’s “Vector Portraits” hardly seem to be moving at all. Did we really drive such boxy cars in the 1990s? Bush’s photographs of Los Angeles drivers remind us that speed is relative. It all depends on where you are.