I’ve been working under the load of a new project, the biggest I’ve ever managed. I hope that soon I will get the monster headed toward the right direction and I can return to more regular blogging. Here’s an idiosyncratic selection of events and texts (is there any other kind of selection of texts than an idiosyncratic one?) you may find of interest this weekend and beyond.

If you’re swinging by Athens over the next few weeks, stop by the Third Athens Biennale, Monodrome, inspired by Walter Benjamin’s Einbahnstraße (One-Way Street). The biennale is co-curated by Nicolas Bourriaud of the Tate Modern. The exhibition has a Benjaminian cloud of doom hovering over it. During last Friday’s opening artist Maria Papadimitriou told Art Forum’s Cathryn Drake, “We have nothing left to offer the gods. I cannot smile in this period. We know people who do not have money to pay their electricity bills or eat.” The curatorial strategy is to represent an ongoing a crisis through historical fragments, a Benjaminian technique. For example, Nikos Koundouros’s 1975 film The Songs of Fire documents the moment when Greece emerged from years of dictatorship just in time to dive head-first into globalization. Another object in the exhibition–an entry Walter Benjamin would have especially relished–is a placard the curators found discarded after a recent protest in Athens: WAKE UP BANANA REPUBLIC. The biennale continues through December 11, 2011.

Phati’tude literary magazine announced its commemorative issue, “BRIDGING THE CULTURAL DIVIDE: Remembering September 11th.” True to its mission as a multi-cultural journal, the 280-page issue  features the works of Arab American, Israeli, Jewish, Muslim and Afghan American writers examining the permanent socio-cultural effects of the events on the awful day. More information can be found here.

The Korean director Park Chan-wook has been experimenting with films shot with an iPhone 4. The idea of a cellphone cinema has been around for a while without getting very far for reasons that don’t need explanation. But Park has two things working for him: he has a deep understanding of cinematic technique and an off-kilter sensability that lends itself well to the jittery, low-res aesthetic of iPhone video, which is always slightly unearthly at the edges of the frame. His 30-minute film Night Fishing starts off as a music video of a picturesque Korean rock band before morphing into something more daring and interesting. Park gets everything he can out of the format’s weirdness in a small box. 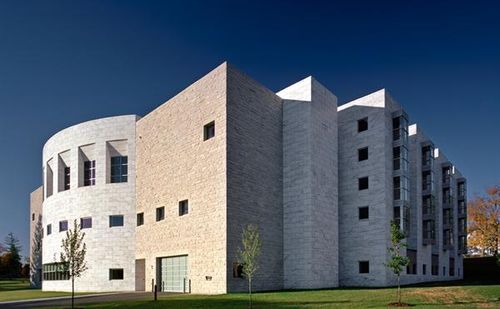 Next month the Yale School of Architecture will stage an exhibition, Gwathmey Siegel: Inspiration and Transformation. Charles Gwathmey was among the most influential Modernist architects of the post-Vietnam War era. Visitors will get to see how Modernism adapted to the messiest and most contentious culture of modernity.  The exhibition kicks off November 14, 2011 and continues through January 27, 2012.