We just had our first measurable snow in the Chicago area this morning–rather late for us. Supposedly that means we’ll have a mild winter, which would be a welcome relief. December is a tricky time in the northern latitudes. The weather isn’t too bad, but going out on weekends often means wading through mobs of holiday shoppers, as my son and I had to do to get to a screening of Hugo the Saturday after Thanksgiving.

Speaking of Hugo, I highly recommend seeing it this weekend. The film was adapted from Brian Selznick’s graphic novel for children, and the marketing places children at the core of the intended audience, with the film history theme thrown in so parents aren’t too bored. In fact, the early film references–Georges Méliès is only the most explicit–are too rich and varied to serve merely as a distraction. Kristin Thompson teases out Scorsese’s early cinema references. Her observations are acute except on one point:

By the way, reviewers have made much of the idea that Hugo is not really for children, who would be bored and perhaps frightened by it. I suspect that children under about the age of 10 would be, but older children and teenagers, especially those who read books, should be intrigued by and enjoy it. Like Pixar films or The Simpsons, it’s the sort of thing that can be enjoyed by adults as well as children.

My seven-year-old son was very skeptical about the film’s scariness level. It took a couple of close examinations of the trailer and a bribe of popcorn to convince him to accompany me. As soon as the film was over he admitted that he was wrong and that he enjoyed the film a lot. I later overheard him recommending it to his friends. 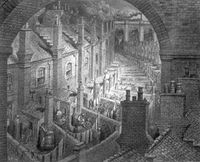 Scorsese also makes some literary references in Hugo. He glosses over James Joyce in a tracking shot, and Isabelle swoons over David Copperfield. That character passes in and out of London, and his evolving attitudes about the city mark his development as a person. In anticipatin of the 200th anniversary of the author’s birth next year, the Museum of London is staging an exhibition about Dickens’ relationship to the city. Dickens & London opens today and runs until June 10, 2012. 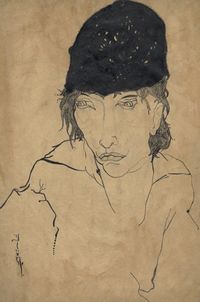 The writer Djuna Barnes does not appear in Hugo, perhaps because she left Paris in 1930, before the action of the film takes place. In any case, Barnes’ early career as a journalist is the subject of an upcoming exhibition at the Brooklyn Museum entitled, Newspaper Fiction: The New York Journalism of Djuna Barnes, 1913–1919. Barnes is best known for her modernist novels and plays Nightwood (1936) and The Antiphon (1958), but before moving to Paris in 1921 she contributed to mainstream publications such as the Brooklyn Daily Eagle andVanity Fair. Barnes has long been overshadowed by the more prolific Virginia Woolf, so it’s nice to see Barnes getting some attention almost 30 years after her death. The exhibition runs from January 2012 to August 19, 2012. 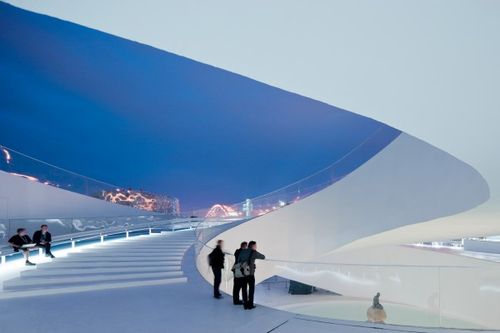 On Monday evening the Archive of Spatial Aesthetics and Praxis (ASAP) is throwing itself a launch party. The  group consists of Bjarke Ingels of the Danish architectural firm BIG  (Bjarke Ingels Group); Alex Schweder La, and architect turned artist; and Jerszy Seymour, a commercial designer who creates “life situations.” The launch party and benefit takes place at the top of The Standard in New York City, starting at 6:30. Tickets and other information can be found here.

ASAP appears to have many of the same interests as the latest issue of MAS Context, ABERRATION, is now available online. The co-editors of the issue, Iker Gil and John Szot, describe the issue as an exploration of “highly provocative projects and ideas that challenge orthodoxy in order to enhance our understanding of the built environment.” I’ve already downloaded the issue to my iPad and I’ll have more on it next week. There’s also an accompanying launch party for the issue on Friday, December 16 in Los Angeles. ABERRATION: LIVE is hosted by MAS Context, Woodbury School of Architecture, and WUHO.

About the reference to Zero for Conduct (Jean Vigo, 1933), here’s a hint: the film historian obsessed with Méliès.