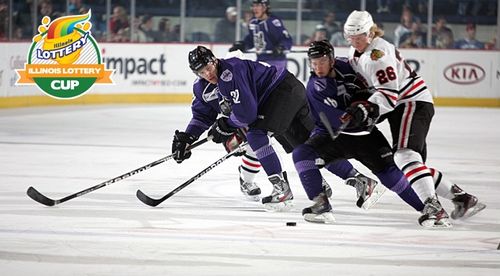 This past weekend I attended a minor league hockey game between the Chicago Wolves and the Rockford IceHogs at the Allstate Arena, located just outside Chicago. I’m not a hockey fan, nor have I ever attended a minor league hockey game before. I have only a vague understanding of how hockey plays work and no understanding whatsoever of the Wolves lineup.

However, none of this mattered. The experience was not structured to demand immersion in the subtleties of hockey. To use Walter Benjamin’s term, the game was clearly meant to be viewed in a distracted manner. Here’s how:

And vanquish them they did: The IceHogs won the game, 3-2.