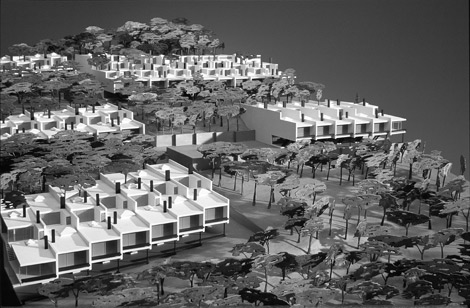 I dont think that its (sic) geniuses we need now. I think geniuses are events, not goals or ends. Neither do I believe that we need pontification about architecture, or grand doctrine, or prophecy, always a dubious affair. We still have something with a living tradition within our reach, as well as plenty of moral tenets concerning ourselves and our craft or profession as architects (and I use these terms in their best traditional sense). It is necessary for us to make good use of the little that still remains of a tradition of construction and, above all, morality in an age in which the most beautiful words have lost virtually all their real, true, significance.

So as early as 1960 architects had expressed the desire to return architecture to its social status as a craft in the service of tradition rather than an elite artistic practice. The same desire has resurfaced since the collapse of the global real estate market, as evidenced by the selection of Peter Zumthor and Wang Shu for the Pritzker Award.

I’ve always suspected that the recent interest in architectural practices such as Zumthor’s and Wang’s has less to do with modesty than a desire for a purity of artistic purpose that eludes most architects forced to deal with the realities of designing buildings for a global economy. There’s a mystique in Zumthor’s monkish approach, even a kind of mystification of architectural practice.

Indeed, there’s an elitist streak in Coderch’s vision of the architect as humble servant of tradition and craft. Even though Coderch’s style was modernist (see image above, from a 1959 project), his conception of culture is medieval:

I conceive of society as a kind of pyramid, with the best and least numerous at the top and the masses forming the broad base. There is also an intermediate zone comprising people of every kind and condition who are aware that there are certain higher values and who choose to act in accordance with this awareness : these people are the true nobility on whom everything depends : they enrich the summit of society above them by their actions and their words, and the base by their example, since the masses enrich themselves only out of respect or through imitation.

Coderch wants architects to return to their rightful positions in “the nobility” (aristócratas), which “has practically disappeared nowadays, the greater part of it having given in to materialism and the cult of success.”

This begs some questions: Is the call for more modesty among architects actually elitist, an evasion of the realities of the profession in a globalized economy? Can one be modest and modern at the same?  Is craft really a longing for the return of all those beautiful words?