The Millions Blog has posed an interesting question: Who is better, Tolstoy or Dostoevsky? The answer lies in which world you want to inhabit: Tolstoy’s, with its elegant, doomed heroines and wide-open Russian steppes, or Dostoevsky’s, with its disheveled heroes enduring existential crises alone in a room. 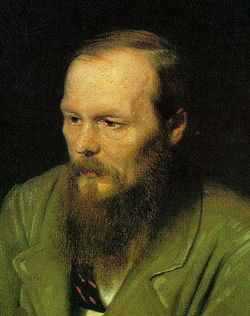 Chris Huntington, one of the expert contributors to the Millions post, paraphrases Jorge Luis Borges, “there was something adolescent about a love of Dostoevsky – that maturity demanded other writers.” I read Crime and Punishment in college, and while I didn’t understand Raskolnikov’s motives for his rash crime, I was captivated by his nervous, prickly behavior as the police slowly closely the circle around him. I’d never encountered a literary hero like him before. The opening lines of Notes from the Underground are among the best in any literature: “I am sick man. I am an angry man. I am an unattractive man. I think there is something wrong with my liver.” Notes from the Underground makes The Hunger Games look like Willie Wonka and the Chocolate Factory.

A Dostoevsky hero walks down long corridors trying to figure out which door to open–and he’s never quite sure what he wants to encounter on the other side. There’s a wide discrepancy between self and world in Dostoevsky, which is why he’s so appealing to the young, or at least to the younger me. His world view is at once gnostic and melodramatic, which is reassuring if antique. 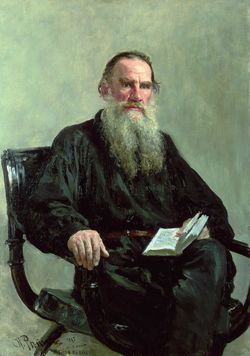 A few years I picked up my copy of Anna Karenina, which I’d not finished back in graduate school. I read the book among the swirl of suburban domestic life with two small children. About a third of the way through the book a scene jumped out at me. Count Vronsky, Anna’s lover, sits down to pay his monthly bills. The Count locks himself in a room with a bottle of wine. His servants know not to disturb him. Tolstoy explains the Vronsky family finances, how the hero accepted a smaller portion his inheritance so that his brother, the father of five children, could have more money to cover his domestic expenses. Even though he’s part owner of vast estates, Vronsky barely scrapes by. He’s a calvary officer who has to maintain his own horses. He has the upkeep of a house in which he spends little time. Then there’s Anna. As Flaubert’s heroes also knew, keeping a nineteenth-century mistress is an expensive proposition. The scene is a rebuke to all those nineteenth-century novel heroes whose fortunes seem permanently affixed in place, like a statue of Napoleon.

Dostoevsky would devote several pages to the stabbing of a landlady, while Tolstoy takes the trouble to detail the finances of his hero. The former is vivid and shocking, the latter is quotidian and real. Watching the gradual dissolution of Anna and Vronsky’s affair struck me as far more moving than Sonya’s tearful confession of eternal love in a Siberian prison.

Reading Dostoevsky is like walking around muttering to yourself. Reading Tolstoy is like a gallop across the steppes after ditching your mistress.