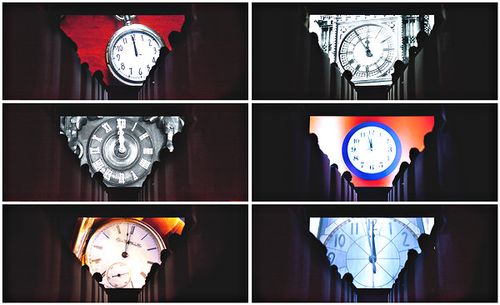 Heat and drought continue to plague much of the U.S. Chicago topped 100 degrees again this week. I’ve been spending more time than usual inside rewatching movies I haven’t seen in a while, such as The Grand Illusion and The Blue Angel. Summertime has long been a great time for movie watching if for no other reason than the air conditioning. This weekend is full of interesting movies to see, at least in Chicago and New York.

Alison Klayman’s award-winning documentary film Ai Weiwei: Never Sorry opens in New York today. Ai had been a respected but rather obscure avant-garde artist when he started criticizing the Chinese Communist Party about everything from its monopoly on power to 2008 Olympic Games. Deeply offended, the authorities nabbed him at the Beijing Airport and held him incommunicado for 81 days, charged him with something called “economic crimes” and sentenced him to house arrest for a year. For good measure the Chinese government arrested two Beijing art shippers who handle some of Ai’s work. Klayman’s film covers the period of Ai’s rise to notoriety–he was arrested while she was editing the film–so her camera is on hand during the most dramatic period of his career so far. The film is playing at various places around New York, including the IFC Center.

This is the last weekend for Christian Marclay’s The Clock at Lincoln Center. Marckay has tied together thousands of clips spanning the entire history of cinema to create a 24-hour video. Each clip takes place at an exact time on a clock, on a watch, or in dialogue. A collagist, Marclay has been tinkering with film montages for quite a while. In 1995 he pieced together a montage of movie clips depicting one side of a telephone call. The film was so cool Apple wanted to use for the original iPhone launch. (Marclay refused to sell it.) The Clock, however, has attracted a less ardent audience. A.O. Scott eventually succumbed to the video’s mesmerizing pace, but art critics are divided. New York Magazine’s Jerry Saltz was impressed by The Clock, but his colleague David Edelstein called it “breathtakingly unimaginative.” Tyler Green panned Marclay’s video and received “nastiest email/tweets I’ve ever received after a review.”

In Chicago the French Film Festival kicks off tonight at the Music Box. There’s no particular theme to the festival, which is only in its second year, but if you go watch for movies that display their American influences. Frederic Jardin’s Sleepless Night (Nuit Blanche; at left) is an American-style action film–chases of almost every variety–while Lucas Belvaux’s 38 Witnesses (38 Temoins) is based, indirectly, on the 1964 murder of Kitty Genovese, who was stabbed to death outside her Brooklyn apartment building as her neighbors stood by. Tonight’s screening is Cédric Kahn’s A Better Life (Une Vie Meilleure) at 7:30. Tomorrow’s lineup features a screening of George Méliès’ A Trip To The Moon along with a documentary on the great film pioneer The Extraordinary Voyage. Also screening tomorrow is the festival’s feature presentation, Christophe Honoré’s Beloved (Les Bien-Aimes) with Catherine Deneuve and her real-life daughter Chiara Mastroianni. If you go, use public transportation. The Cardinals are playing the Cubs this weekend at Wrigley, and the neighborhood around the Music Box can get crowded.

This Sunday I will be escaping to Michigan for the cooling breezes of Lake Michigan. I will be in South Haven all next week, returning to this space on August 6. See you then.