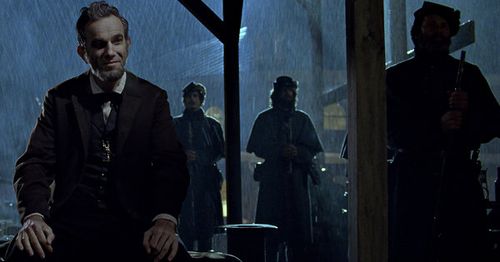 A.O. Scott and Manohla Dargis come up with a good list of films for an “Obama cinema.” The list starts with Lincoln because the title character and the sitting president are both big-eared guys from Illinois. From there Scott and Dargis classify the films into broad themes: race, war, the recession, and so on. Scott and Dargis don’t venture to say how these films fit into a larger theme about the Obama presidency so far. The closet they come is when they note that Obama is something of a movie screen himself, the target of partisan projections from both the right (Obama as the agent of exotic forms of tyranny) and the left (Obama as collaborator with corporate interests). At times Scott and Dargis seem more anxious to reassure themselves (and us) that Hollywood still takes social reality as raw material. Scott and Dargis still have faith that popular films still make deeper themes in American life figurable, that is, recognizable to their audiences.

Scott and Dargis make too much out of Obama’s service as a community organizer. That was a brief and probably not especially formative period in his life. He certainly hasn’t governed like one. To my mind the most important social phenomenon of the Obama era isn’t the formation of communities. Rather, it is the condition of American indiviidualism. Social disintegration and the monadization of American life has been a theme ever since the transformation from an industrial economy to a post-industrial one. What’s new is the ways in which people have been duped into subscribing to policies entirely contrary to their own self interest. How a corporate raider bankrolled by Manhattan plutocrats managed to convince anyone he had a “freedom agenda” in the last election is completely baffling. 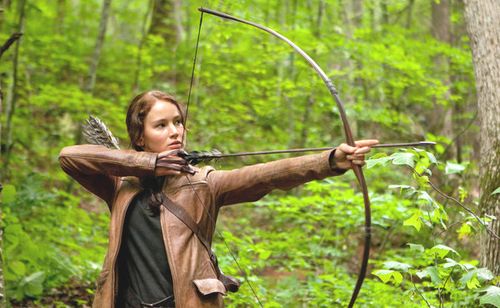 The first Obama administration can be summed up in two films. J. Hoberman has cited Wall-E (2008) as an early example of Obama cinema (“the world saved by an endearing little dingbot, community organizer for an extinct community”). The Hunger Games (2012) is a toxic pile cultural references from the American heartland: spectator sports, survivalist fantasies updated for the PS3 generation, and the lost American dream of the primeval forest, where cunning and nerve could still get you someplace. If Wall-E imagined a future in which we could be aroused from our consumerist stupor by a charismatic enigma, The Hunger Games suggests a future in which we are reduced to brutal competition for scarce goods, everyone descended into meanness and disappointment, the rules stacked against us.