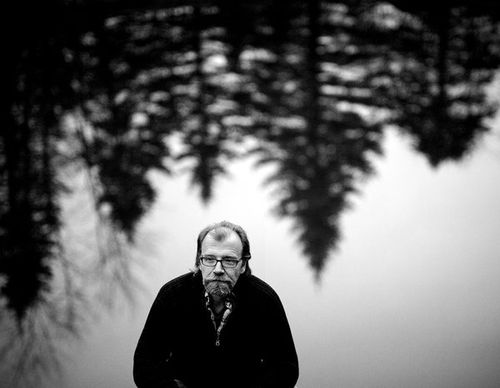 Last night, after I finished George Sanders’ Tenth of December

, I thought to myself, very nice, but this isn’t the best book I’ve read all year, and it’s only February. I haven’t had a chance to write up my notes yet, but Daniel Green has already pointed to one source of disappointment in Saunders’ collection. Green points out that despite the surface weirdnesses of Saunders’ fiction–the source of much of his appeal–Saunders is fundamentally a realist.

Even Saunders’s more radically surrealist stories do not really depart from the requisites of conventional storytelling, and in this his fiction is consistent with (probably one of the inspirations for) most of the neo-surrealist fiction that has become quite a noticeable development in recent American writing, for example in the work of Aimee Bender and Stacy Levine. If anything, this fiction observes the dictums of plot development even more scrupulously than traditional realism, as the freakish or oddball characters and absurdist events are chronicled in a strictly linear way, comprising appropriately rising actions and clear resolutions and generally satisfying any reader’s need for narrative. At the same time, claims are often made that this mode of fiction is nevertheless audacious and unconventional, claims based entirely on its defiance of the surface logic of ordinary reality. Thus the alternative posed to “realism” is a diametrical anti-realism that informs as story’s content but not its form. Saunders is himself probably the most accomplished of these new surrealists, but his stories only illustrate most prominently that such fiction derives its appeal from conjuring fanciful flights from reality related through familiar narrative strategies. That Saunders employs his vision of an altered reality at the satirical level to achieve the traditional goals of realism — to depict the way things are — could lead us to the conclusion that Saunders’s ambitions aren’t that far removed from those associated with the realist tradition — they might be seen as two sides of the same literary coin.

I agree with Green that Saunders isn’t a cutting-edge writer. I don’t think he’s particularly imaginative, which compromises his effectiveness as a political writer. Also, it never occurred to me to classify him as a surrealist, but that label makes sense, even though he’s not in the same league as Andre Breton

or any of the other surrealists of high modernism. Still, it’s good to know there are such things as literary surrealists working now.