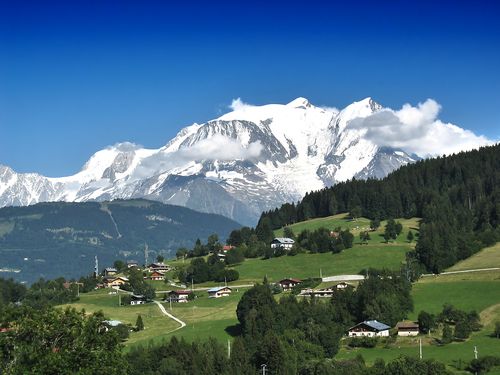 In the summer of 1816 Percy Bysshe Shelley hiked to Mont Blanc in the Swiss Alps and began jotting down notes. He was trying to understand what he was seeing–not just a mountain, but Mont Blanc, a craggy peak in the most famous mountain range in Europe. As Carol Rumens puts it, the poet was embarking on “a journey through philosophical and scientific concepts that had yet to find a modern vocabulary.” Rumens sees the poem as a record of Shelley’s confrontation with the possibility that the mountain may mean nothing at all, that the perceiving imagination may be helpless before the sublimity of the mountain–Kant’s terrifying sublime without the pleasure of the entirely new idea that makes the sublime comprehensible. 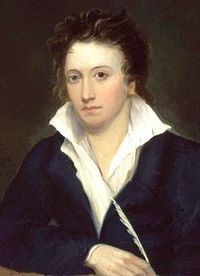 Shelley was struggling with an aesthetic question: how do we see something as individual within a larger conceptual framework? For a surveyor Mont Blanc is just another point on a map. A resident of a nearby village would know every detail of the mountain, but he or she would be unlikely to grant the mountain any higher meaning.

Shelley was trying to do two things at the same time: See it as a unique thing and as an exemplar of a larger idea. In other words, he was trying to see Mont Blanc aesthetically, as a balance between the concrete and the abstract, between object and idea. He recorded his close observations in his poem “Mont Blanc,” but he never just lists the features of the mountain. He also tries to record his own poetic experience.

Far, far above, piercing the infinite sky,
Mont Blanc appears–still, snowy, and serene;
Its subject mountains their unearthly forms
Pile around it, ice and rock; broad vales between
Of frozen floods, unfathomable deeps,
Blue as the overhanging heaven, that spread
And wind among the accumulated steeps;
A desert peopled by the storms alone,
Save when the eagle brings some hunter’s bone,
And the wolf tracks her there–how hideously
Its shapes are heap’d around!

In the poem’s concluding lines, he oscillates between two opposing propositions. First that Mont Blanc is a work of art, an embodied idea.

The secret Strength of things
Which governs thought, and to the infinite dome
Of Heaven is as a law, inhabits thee!

The second is more terrifying than the initial glimpse of the peak: that the mountain may mean nothing at all.

And what were thou, and earth, and stars, and sea,
If to the human mind’s imaginings
Silence and solitude were vacancy?