A very rare U.S. instance of German Expressionist architecture has been discovered in an old German neighborhood in Chicago. Expressionist buildings are not common even in their native land. Most of them were designed by the group of architects associated with Bruno Taut and the Arbeitstrat für die Kunst. The Weimar Republic period was the most fertile for the movement, when the mostly leftist architects hoped a socialist revolution was imminent yet felt powerless to help it along or even build much–hence their buildings’ free-flowing lines at cross-purposes with each other. 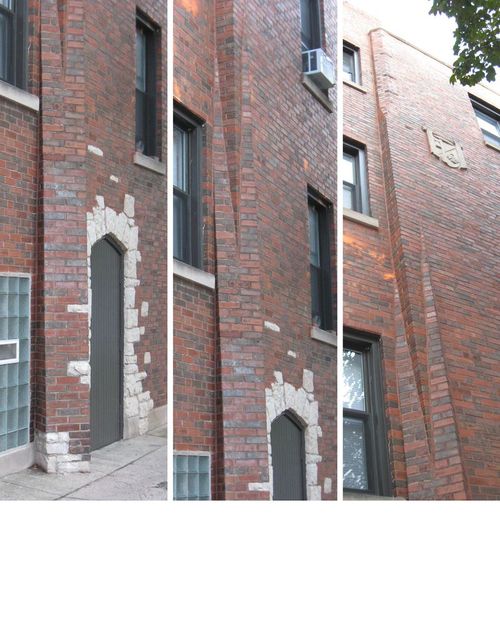 On the near northwest side of Chicago, there is an apartment building which has a unique feature in its brickwork that Larry Zgoda speculates may be a connection to the German Expressionist architecture of the early 20th Century. The multi-unit apartment building is on the 1800 block of West Patterson and has several elements of romantic architecture including barley twist downspouts, ornamental iron, and carved stone shields. On one corner of the entry there a treatment in the brickwork that is reminiscent of the vertically dramatic compositions of German Expressionist architecture, especially the Chilehaus-Spitze, in Hamburg.