Ever since the death of its greatest film producer, Kim Jong-il (yes, that Kim Jong-il), North Korea hasn't been of much interest for me. But I think its time to check in on North Korea again.

Yep, Kim Jong-un is still looking at things. Here is he looking at South Korea in a photo published March 13, 2013. 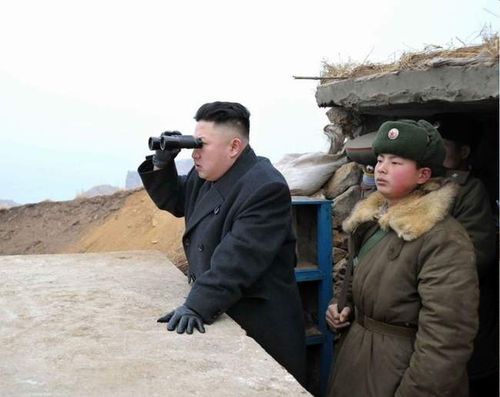 And the Ryugyong Hotel looks like it is finally nearing completion. Also known as "the hotel of doom" and "the worst building in human history," the 1082-foot tall tower has been under construction, off and on, since 1987. According to Dezeen magazine, the tower will be completed this year. Credit, if that's the word, for the design goes to Baikdoosan Architects & Engineers, established in 1987 and disbanded in 1992 for reasons that don't need explaining. 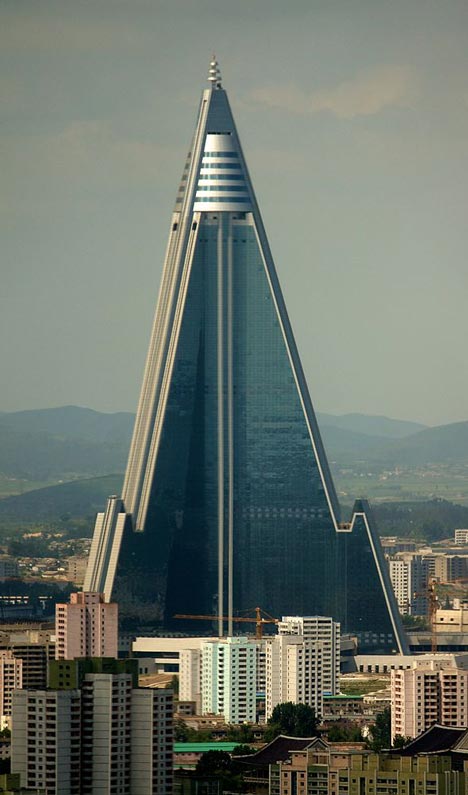 I haven't found any information on reservations for the hotel, but I'll let you know when I do.