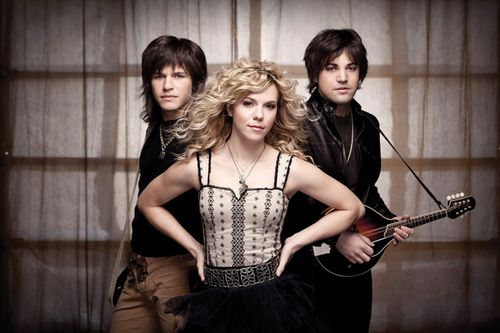 One of the most enduring holdovers from an earlier stage in cultural history–the regional realism of late nineteenth-century American literature is the best origin I can come up with–is the relationship between authenticity and geographic location. Even though Brooklynization can happen anywhere, the concept doesn’t seem so abstract because it’s linked to a specific place. Brooklyn is a brand, a structure of feeling, and a physical setting all rolled into one. A neighborhood in Berlin or Portland can be Brooklynized, but not a suburb of Kansas City or a small town in Alabama.

Country music is another structure of feeling tied to a definition location in rural America. Or, at least, it used to be tied to a specific place. Noah Berlatsky’s well-informed and insightful review of the Band Perry’s latest album, Pioneers, which is debuted atop the country music charts. Country music originated in the 1920s and 1930s as hillbilly music, Berlatsky says. However, hillbilly music didn’t have any defining musical characteristics. Rather, hillbilly music, and later country, was defined as any music played by hillbillies. If Bach was plucked out in a hillside shack in Tennessee, it would be country music.

Country music became a structure of feeling with its own specific, if largely imaginary, setting. “Country isn’t about country,” Berlatsky writes, “so much as it’s about the space between city and country—a space in which hillbillies can imagine an escape from rural drudgery, and those who have moved away can imagine themselves as hillbillies looking longingly for home.” In other words, Brooklynization with a twang.

Country music maintained its connection to its (imagined) historical roots in the rural South with close attention to detail. The Band Perry, however, erases almost all specificity from their songs, appropriating the tropes of country music without any references to the lived experience of rural life. Berlatsky notices that the title character in the Band Perry song “Mother Like Mine” could be any woman.

The Band Perry, on the other hand, seems to be actively running away from any possible identifying marker: They aren’t yearning towards the country or the city so much as towards a place where those distinctions are so erased that no one can tell that they ever existed. Only the odd banjo plunk or twang in the music remains as a token—not so much to preserve a rural flavor as to point out that the pro-forma country touches don’t actually have to have any measurable effect on standard-issue uplifting pop-rock.

Without grounding in a particular place, the songs of the Band Perry start to atomize into discreet pieces. Any claim to authenticity, without which country music probably couldn’t survive, lies solely in the vestiges of hillbilly music the Perry siblings seem to be nudging out the door.

If country music can no longer find country, then it isn’t anything more than a category in iTunes.