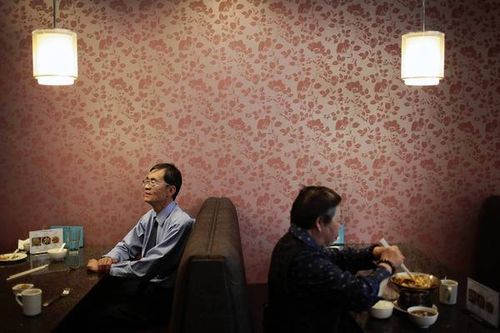 Here's a guy who has collected 6,297 Chinese restaurants since 1955. David Chan has recorded every Chinese restaurant in which he's eaten in a spreadsheet. "I've always been a collector," he says. "I collected stamps, and records." With the implacable energy of the collector he rarely doubles back and eats at the same place twice. However, there's one restaurant to which he keeps returning, a place called ABC Seafood in Los Angeles. At one time it was best Chinese restaurant in the country, according to Chan, and he returns to remember that period.

As Chan's son explains, "If you collect enough of something, you can capture its essence."