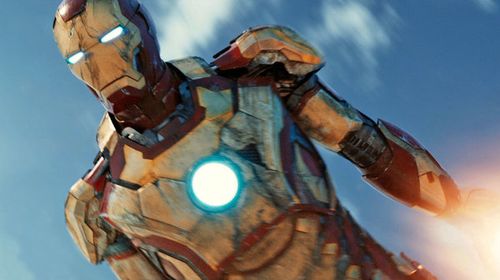 “Iron Man 3” is conspicuously meant to be escapist entertainment (a pathetic conceit given what it says movie people think about real life — or rather the real lives of their customers). But [director Shane] Black and his colleagues, like other filmmakers who use the iconography of Sept. 11 and its aftershocks, want to have it both ways. They want to tap into the powerful reactions those events induced, while dodging the complex issues and especially the political arguments that might turn off ticket buyers. The result is that in some movies Sept. 11 — along with Afghanistan, Iraq, terrorism, the war on terror and torture — register as just devices, at once inherently political and empty, in a filmmaker’s tool kit.

Manohla Dargis says Iron Man 3 and other Marvel movies exploit 9/11 without addressing any of their audiences' true feeling about the event.

This sort of complaint has been lodged before about mainstream Hollywood movies. I would argue, without having yet seen Iron Man 3, that at some level the movie offers some sort of symbolic resolution of the collective experience of 9/11. The resolution may be as crude as chaos giving way to order in a process at once excessively obvious and magical. (All superheroes have been touched by magic, or divine favor.)