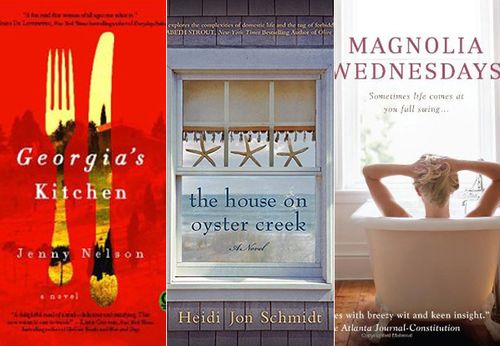 Breaking news from contemporary literature: Chick lit has been replaced by chook lit. Translated from the Australian, chook lit means "chicken lit." The Atlantic calls it farm lit. The genre features heroines who flee big cities–New York, Chicago, and LA, the only American cities in chick lit world–for "slower, more rural existences" to be found in the country.  According to Emily Matchar, the rise of farm lit is a sign of the times.

So many of chick lit's tropes—stilettos! Fighting for your big break in journalism! Cute i-bankers! The hottest new nightclub in the Meatpacking District!—were part of a boomtime economy. These days, we're mostly wearing flats, journalism is breathing its last gasps, we'd rather throw i-bankers in jail than date them, and cupcake baking seems a lot more fun (and cheaper!) than clubbing.

So it makes sense that light, female-centric literature would be angling for new aspirational fantasies. And in this era of Brooklyn backyard chickens, farmer's markets-as-social events, Anthropologie aprons and hipsters baking homemade bread, what's more aspirational than running away to a farm?

In one farm lit novel, a woman leaves Manhattan for Georgia, ranked 25th on iVillage's best states for women. In another, a heroine from Los Angeles marries a rancher in Oklahoma (49th on the list).

What was the last novel to feature a heroine who ran away to the suburbs? Has that allegory vanished altogether?