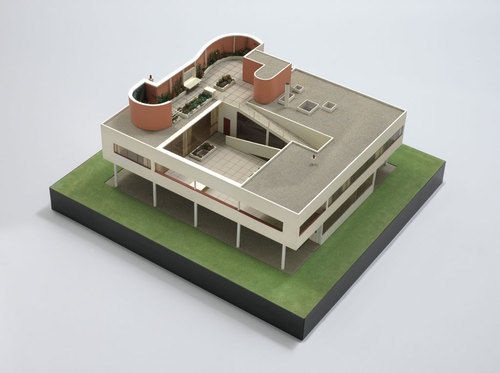 Not only does the MoMA exhibit has a different perspective on Le Corbusier, but Alexandra Lange points out a new narrative for urban transformation.

Perversely, for an architect that many blame (incorrectly) for the failed towers-in-the-park model of American public housing, the theme of this long-overdue exhibition is landscape. The show begins with a tiny watercolor of the Jura, painted by the fifteen-year-old Charles-Edouard Jeanneret and ends with his tiny seafront cabanon in the south of France. (He renamed himself Le Corbusier in 1920, in the first issue of the journal L’Esprit Nouveau.) It was while at this one-room retreat that the architect made his final swim in August, 1965; it is assumed that he had a heart attack and drowned. Landscape is much on the minds of architects today, as parks have replaced buildings in the narrative of urban transformation, and the resilient city, as outlined in Mayor Michael Bloomberg’s twenty-billion-dollar waterfront-defense plan, depends as much on wetlands as it does on bulkheads.

Landscape architects have become increasingly assertive in advancing their own narratives for regional transformation. Lange indicates that they may be gaining some traction.