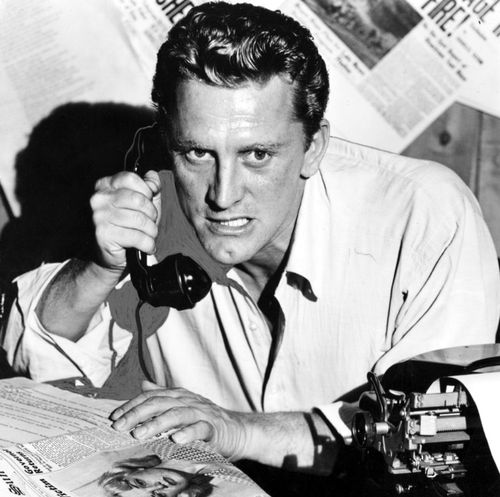 Here's a line and commentary from Billy Wilder's great Ace in the Hole, which I've written about before.

“Bad news sells best, ‘cause good news is no news.”

Sometimes terrible stories get exploited in the name of journalism — after all, according to Didion, the writer has to betray his or her subject at some point. When New York City journalist Chuck Tatum (Kirk Douglas) gets fired for slander, adultery and all-around jerk-ness, he gets stuck working for an newspaper in Albuquerque. Chuck gets desperate for a juicy story that will redeem him and earn his place back in New York, but he soon finds himself in the middle of a dangerous scoop that may cost him his life. But anything for a good story, right?

Lesson: People get a thrill from hearing terrible things.

This is from a list of lessons from 10 noir films. The lessons aren't ones you would actually apply to your life. The line from The Killing, "I don’t think I’ll have to kill her. Just slap that pretty face into hamburger meat, that’s all," isn't of much use in daily life of a normal person.

Film noir is an attitude, among other things. It expresses the attitude you would like to have if the world was truly as awful as you fear it could become. Film noir characters display a toughness you just don't need right now.