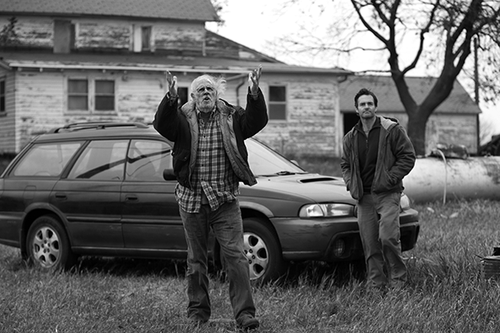 Payne is becoming another of America’s great liberal/conservative filmmakers. This is the lineage of Capra and Ford as well as Sturges. It involves the liberal critique of greed and acquisitiveness, and the conservative insistence that something in the idea of American exceptionalism and the celebration of the inspired individual is true, that our landscape summons us and our families to something uniquely heroic and noble. The fully achieved balance of these attitudes in Nebraska makes Alexander Payne one of the handful of filmmakers on whom the future of mainstream American cinema depends.

Larry Gross sees Payne's latest film as his best so far. Payne has staked out a bipartisan ground of classical satire. It should be noted, however, that there once was a conservative critique of greed and acquisitiveness. That critique has been extinct for years.