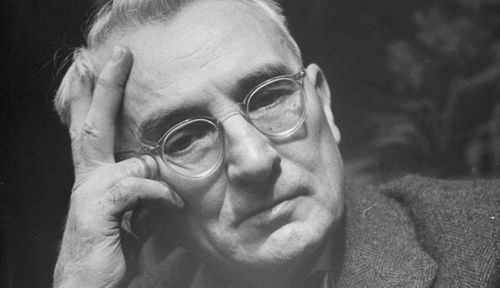 Here's a recipe for success if you want to become a self-help guru: Break down your philosophy into a precept that is so simple that anyone can learn it–a billionaire, say, or a mass murderer.

That recipe was mastered by Dale Carnegie, author of How to Win Friends and Influence People and the father of the self-help movement. Among the people influenced by his book were Lyndon B. Johnson, Jerry Rubin, Lee Iacocca, Warren Buffett, and Charles Manson. Carnegie taught that in order to get people to do what you want, make it seem like it was their idea. This is a handy concept to have for someone who wants to start a murderous cult.

In her review of Steven Watts’ biography, Self-Help Messiah: Dale Carnegie and Success in Modern America, Laura Miller points out that Carnegie spoke to the anxieties of the elites in a changing world in the early twentieth centure. At that time America was transitioning from a largely rural society to an urban, industrialized one. The emergent mass, bureaucratized culture required both restraint and cunning. The reward for successfully navigating this culture was largely internal. Showy displays of wealth and other overt marks of status did one little good when dealing with a large, impersonal bureaucracy. To succeed in modern life, Carnegie taught, it was necessary to work well with other people.

Many people have pointed out many problems with Carnegie's teachings, but the central problem is this: it's a short road from strategic cooperation to manipulative narcissism.