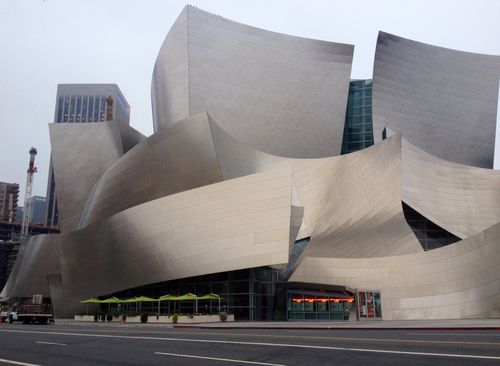 A couple of weeks ago I was in Los Angeles. Because I was there for business I didn't get to see much of the city, just a few blocks of downtown and Little Tokyo. So while I can't pretend to have a comprehensive view of the city, I'd still like to share a few notes on the small segment of the city I observed. There is a Los Angeles of the mind, of the image store of American popular culture. The portion of LA I experienced, however, had few recognizable landmarks, just City Hall and a tunnel made famous by car commercials. So my frame of reference wasn't Hollywood, which felt very far away. Instead, my points of comparison were other cities, particularly Midwestern cities. In other words, Los Angeles, to me, seemed like just another city.

Most grid cities are oriented strictly along compass lines. Chicago, New York, and Philadelphia all have streets that run true north. LA's downtown grid system tilts northwest for no apparent reason. That makes it difficult to navigate if you're a pedestrian like I was. I'm walking on a perfectly straight street, but I can't tell if I'm walking south or east. When walking down the street in Manhattan the question is always, what's next? In LA, it's where does the street lead to, if it leads to anywhere? The grid system makes the streets seem emptier than they really are. Not only is the layout disorienting, it also makes the city seem as if it developed by happenstance. Great cities, of course, can develop this way, but in LA it leads to some curious planning decisions. Who decided to put the downtown in well inland and the airport next to the ocean?

Update one, Wednesday, November 13: See the comments from John Hupp below. The odd grid layout of LA is a feature of Spanish cities. John speculates downtown LA developed inland because of the rail lines in the area, which makes sense.

Update two, Thursday, November 14: See comments from Erik Mar below. He says the Spanish grid rotation allowed for more sunlight to fall on the streets during winter. 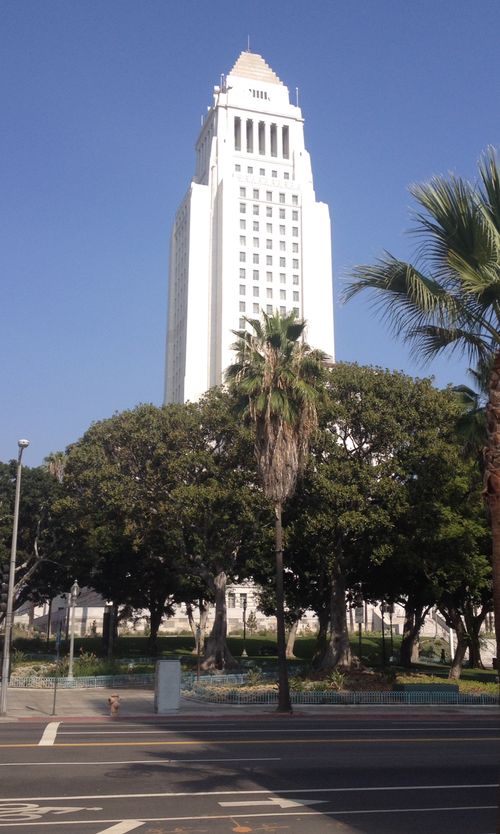 It was 47 degrees Fahrenheit in Chicago when I took this photograph. I spent most of the week in conference rooms, so when I was outside it was either foggy like in the photo at top, or it was dark. But one day I was able to slip out and snap this picture. It was 75 degrees and sunny, my first experience of California weather. The building is LA's City Hall, famous from a number of detective movies. The photograph, however, is more about weather than a building.

LA is famous for sprawl, but its downtown is compact. Skyscrapers are clustered together on Bunker Hill, as if on a stage. The buildings are packed together, but they don't convey a sense of density because there are so few pedestrians, especially after dark. Where are the urban masses?

The only people who were concerned about how I saw LA –the only ones who asked, "What do you think of LA?"–were transplants, people from elsewhere, usually the Midwest, who were still trying understand what they were seeing. The views they conveyed mapped the city into three zones: places worth seeing (Santa Monica, Pasadena) and places that were illegible, not worth seeing at all (most everywhere else, including downtown where we were). One place straddled the two zones: Hollywood. 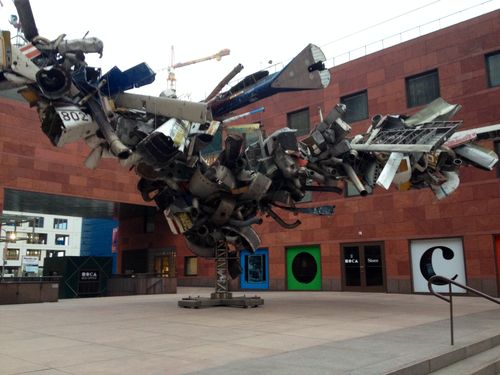 In the courtyard of the MOCA Grand Avenue is a sculptor by Nancy Rubins called "Airplane Parts" consisting of scraps of old airplanes wired together into a large, bird-like object. The scraps come from airplanes that couldn't be any more than thirty or forty years old. In LA, even the refuse, the junk, is new. Go to downtown Detroit, where I was recently, or downtown Milwaukee, or the downtown of most any other Midwestern city and an entirely different historical structure is visible. Midwestern cities are haunted by the traces of nineteenth-century industrialization. This whole era, part of the bedrock of Midwestern cities, is missing in LA. There are buildings from the industrial era in downtown LA, but they seem like seem like preludes to a different city than the one that actually developed there. 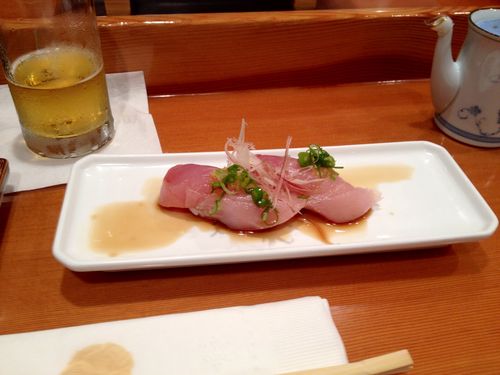 On our last night in LA we walked to Little Tokyo to have dinner at the very excellent Sushi Gen, a recommendation from the transplants. We crossed broad streets, then had to back track to find the restaurant, which was located in a mall meant to evoke Shinjuku Golden Gai. Inside we sat at the sushi counter. There was no menu, so we had to point at each unlabeled fish. We were too tired to make any more than a few choices on our own, so after a while we asked the chefs behind the counter to choose for us. This was a relief from the usual formulation. All week week we had been deciding between utterly familiar choices. The chefs didn't speak much English, but if they did, we would have said to them: We're exhausted from making so many decisions. Guide us through this experience, show us something new so we can finally become travelers.