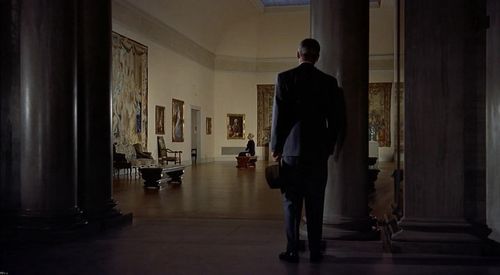 Into this scene Crabapple invited Google Glass, a pair of which she wears as she draws the ballerina. Google Glass one of the most abstract consumer technologies. While photography and drawing impose a frame around vision, Google Glass inserts a frame. So far, all it has done is move an interface from the hand to the face. Is Google Glass a way of seeing? Does is structure our vision, turn it into language? Or is it a supplement to vision, revealing and compensating for something missing in our visual perception? Or is Google Glass a distraction, sitting alongside the real, issuing its own demands? Or does Google Glass construct a way of seeing in which the world looks back at the viewer, like an artwork?

To these questions Crabapple adds questions of gender, only to dismiss them. "I don't buy that women see differently," she declares. "Female, male, genderqueer—artists are objectifiers. We take flesh and make it ink." The act of artmaking, a special kind of mimesis, has permission to venture into objectification, to bring the look to a restricted space. The artist can step behind the curtains and gaze directly upon the ballerinas, who are still obligated to serve, mutely, as image.

Nevertheless, like the male gaze in "Visual Pleasure and Narrative Cinema," Google Glass unnerves Crabapple, unsettling the boundary between inner and outer self.

But the line between interior and exterior is never clear.  Glass Gaze lasted an hour. My iPhone is glued to my hand. The iPhone can't see inside me, but it's changed my insides. It has made me more confident in strange cities—I won't be lost. It puts the sum total of human knowledge in my palm. It has made me more distracted, more connected, more obsessed with pellets of affection from those I love.

In her relationship with consumer electronics Crabapple is Madeleine and Scottie, masochistic exhibitionist and controlling obsessive. The trouble is, however, that Google Glass failed to capture this relationship. Looking through Google Glass was an act of intentionality without expression.  Crabapple's Glass Gaze is a mimetic act that fails to legitimize itself as Degas' paintings did.  She wanted to be a voyeur in her own act of creation. Instead, all she gets is a video that's instantly appropriated by Google. Instead of creating something ready to be looked at–i.e., a woman before the film camera is turned on–she's created something waiting to be commodified. Which is a thing with no gender.