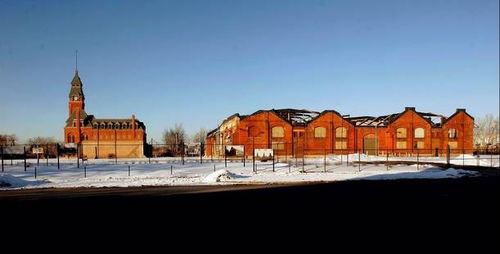 Chicago's Pullman neighborhood, where Pullman railroad cars were once manufactured, may become a national park. Located on Chicago's South Side, the neighborhood has abandoned factories, underperforming schools, a golf course, and a Walmart, so it's not exactly Yellowstone. Senators Dick Durbin and Mark Kirk want a national park there for economic rather than ecological purposes.

Unfortunately, a rise in visitors doesn’t always trickle down to the community. Consider Lowell, Massachusetts, a former textile hub that was named a national historical park in 1978, when tourism there was virtually nonexistent. An impressive 520,000 visitors came in 2011, spending $35 million, according to the National Park Service. But studies from nonpartisan think tank the Brookings Institution and Boston advocacy group Citizens’ Housing and Planning Association concluded that Lowell hasn’t still fared much better than its surrounding neighbors in decreasing poverty or increasing per capita income.

Most of the historical buildings, including the shuttered factories, are already National Historic Sites, so from a preservation point of view a national park won't help much. Why bother?