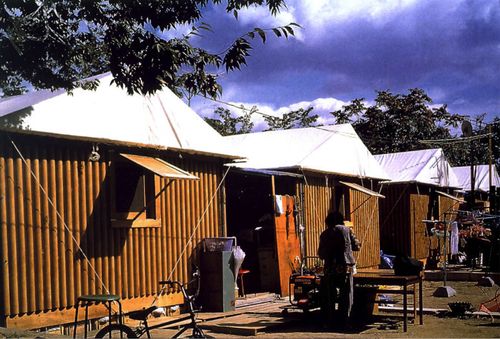 Japanese architect Shigeru Ban is the 2014 winner of the Pritzker Architecture Prize. Ban gained renown for designing structures for people uprooted when the seas smashed through their houses or earthquakes pulled the ground from under their villages. He brought the calming order of architecture to the chaos of disasters. In turn he brought architecture into these fraught zones where nothing–not funding, not living and social arrangements, not even nature itself–is resolved. Ban has expanded the possibilities of architecture, as well as its responsibilities.

Like last year’s Pritzker winner Wang Shu, Ban is the prototype of the post-starchitect era architect. He’s modest, for one thing. And he has a lot of faith in paper as a building material, telling Michael Kimmelman, ““A concrete-and-steel building can be temporary. It can be taken down or destroyed by an earthquake. But paper can last. It’s a question of love. If a building is loved, it becomes permanent.” Even his permanent buildings look like they are made of paper, like the Pompidou Center satellite museum in Metz, France (below). 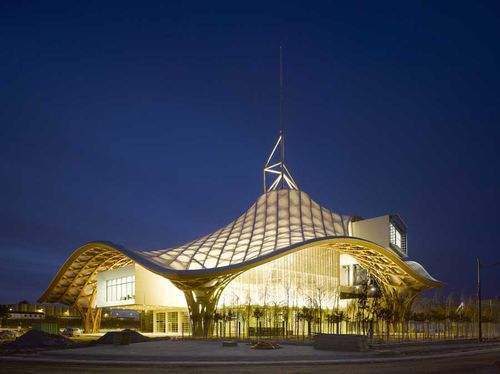 However, Ban’s award leaves one conflict from the starchitect era unresolved. Zaha Hadid remains the only female architect to win a Pritzker in her own right. Kazuyo Sejima shared the award in 2010 with her partner, Ryue Nishizawa. A movement to retrospectively grant a Pritzker to Denise Scott Brown, the wife and partner of the 1991 winner, Robert Venturi, has so far been unsuccessful.

More detailed appreciations from Blair Kamin and others here and here, along with his Ted talk.

Patrik Schumacher, who works for Hadid, posted an interesting reaction to Ban’s Pritzker on Facebook, prompting this response.