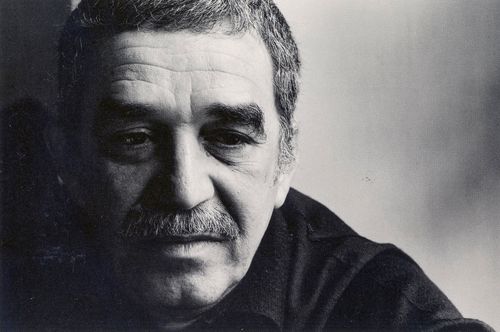 Last week the whole world mournrd the death of Gabriel García Márquez, even Mia Farrow, so I'll add my own reflections.

I did my Master's thesis on William Faulker's influence on García Márquez, which was a crazy topic for an English major. I read all of García Márquez's work translated into Spanish at the point, starting with "A Chronicle of a Death Foretold," which impressed me with its treatment of time more deeply than anything I'd encountered in Faulkner's works.

The big one was One Hundred Years of Solitude with its famous opening line: “Many years later, as he faced the firing squad, Colonel Aureliano Buendía was to remember that distant afternoon when his father took him to discover ice.” Solitude was the first novel I really studied. I'd been taught novels before, and had read plenty, but I really broke down Solitude to find out how it worked. Everybody talks about the fantastic events of the novel; for me, the source of the novel's beguilement was García Márquez's sentences. They were one long exhaled breath long: "The men on the expedition felt overwhelmed by their most ancient memories in that paradise of dampness and silence, going back to before original sin, as their boots sank into pools of steaming oil and their machetes destroyed bloody lilies and golden salamanders." He slips in golden salamanders just as you're starting to get a little light-headed.

I never really liked the term Magic Realist. It sounded like the literary equivalent of a Volkswagen Bus decorated with flowers. Even as I was reading Solitude I kept fearing the spell would break and the novel's humid phantasmagoria would suddely appear dated. That never happened. Besides, isn't magical realism the act of reading any novel in this hyper-realist age?

For a young graduate student still trying to find his way in the crowded landscape of literary studies, García Márquez and his fellow Latin American novelists were fresh territory, which I had to myself. I learned some Spanish to read García Márquez in the original, but never got to be fluent enough to appreciate his prose style any more than I would in translations. Besides, somehow translations added to the mystique. His translators–chiefly Gregory Rabassa and Edith Grossman–were like monks preserving and transmissing knowledge from a vanished world. Later, when I heard García Márquez speak, I was a little surprised to hear that he spoke Spanish. All this time I though he wrote in a language entirely of his own invention.