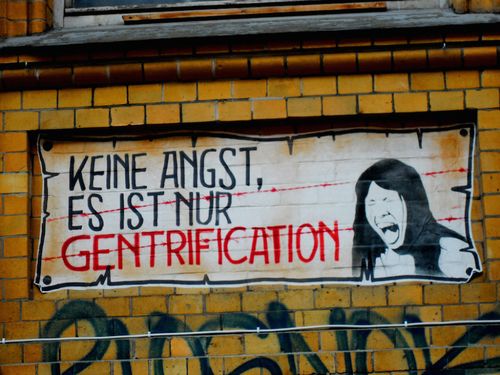 This is an old story familiar to residents of many American cities: artists and other creatives revive an abandoned and neglected quarter of a city, then get priced out. In Berlin's case, parts of East Berlin were emptied out after the Berlin Wall fell. Artists moved in, but they can't afford the rents any more.

Germany has suffered conflict situations because of centrifugal attempts of what are called creative collectives. In the city of Hamburg, for instance, artist groups have squatted buildings in protest against urban plans; and in Berlin, für alle Spreeufer movement regularly organizes demonstrations against Mediaspree, an investment group that plans to buy buildings and land near the river Spree.