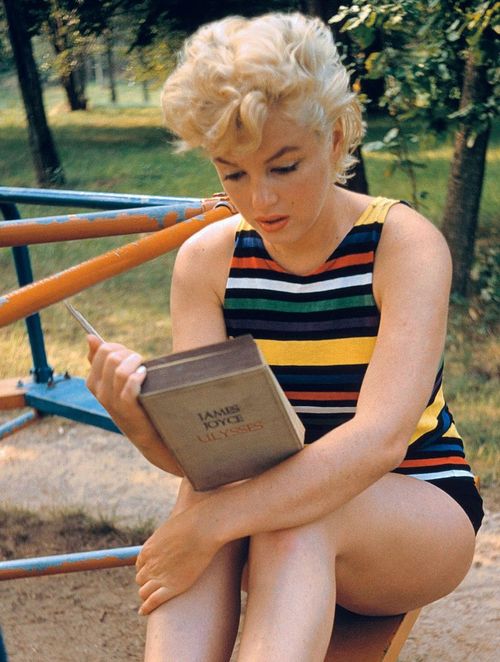 Jonathan Goldman wonders why anyone would commemorate Bloomsday, the day on which the action of James Joyce's Ulysses takes place.

The answer lies in the celebrity and cultural capital of the Joyce brand, the result of Joyce’s machinations and the way he’s been taken up in mainstream U.S. culture. When Joyce started work on Ulysses a hundred years ago, he was a rather cultish figure, having recently published A Portrait of the Artist as a Young Man and Dubliners, after many roadblocks for both. This limited but fervid devotion played into Joyce’s career: through the efforts of Ezra Pound, Ulysses and its author became something of a cause célèbre for modernist coteries. Pound secured Joyce patronage (largely from women—Joyce’s career is unthinkable without the interventions of Harriet Shaw Weaver, among others), enabling him to leave off teaching to write (the dream of many). A series of public legal incidents catapulted the novel into wider public consciousness: the seizure of copies of The Little Review that contained the “Nausikaaa” chapter, Joyce’s campaign to prevent Samuel Roth from selling a pirated edition, and the 1933 case “The United States of America v. One Book Called ‘Ulysses,’” in which Judge John Woolsey determined that Ulysses was art, not smut. In the 1930s, Joyce appeared on the cover of Time and Stalin’s list of banned authors, and generally became famous as the epitome of literary difficulty and elitism.

Goldman is correct in asserting that Joyce is a brand with an unusual cultural capital, as Marilyn Monroe understood. I would add, though, that Bloomsday is popular because it's the only day that literature can be celebrated. No other major work of literature in English, that I can think of, marks a particular day in the way Ulysses does. The temporality of literature doesn't lend itself to singling out a day as significant. Most novels can't even be read in a single day. Even movies have Oscar night.

By the way, the only Bloomsday I ever tried to celebrate was the one hundredth anniversary of Bloomsday in 2004. I went with friends to the most Irish bar we could find in Chicago to drink Irish whiskey. No one in the bar, including the staff, had ever heard of Bloomsday.