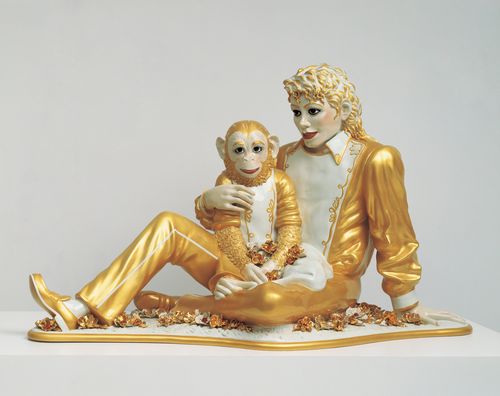 Jeff Koons, the subject of an exhibition at the Whitney Museum, is the inheritor of the Dadaist readymade tradition, which was Modernism’s running joke at its own commodification. The Dada artwork was more of an act than an object. The artist chose a commonplace object, stripped away all vestiges of use value, leaving the husk of exchange value as its only source of meaning.

Koons began his career with a series of Dadaist gestures. His earliest artworks were household appliances bathed in fluorescent light, like a cleanser used by angels. Koons must have been attracted to the childishness inherent in Dada, with its impulsivity and blankness of consciousness. Also, there’s a childlike faith in the magical power of the word “art” to fundamentally transform the essence of something. And while Koons has elaborated Dadaist technique into something more post-modern, he’s retained the movement’s childishness in his eagerness to please, his complete lack of discrimination, and his enduring appreciation for the erotic power of mid-century advertising. 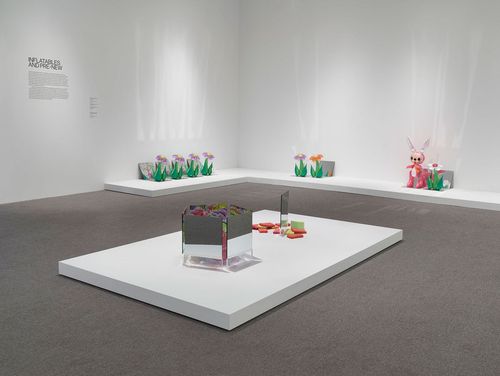 One of Koons’s trademarks is the way he finishes his artworks just past the bounds of irony or art. His method is reproduction, but instead of vanquishing the art object’s aura, he constructs it anew so that the original and its copies have collapsed into a single object that is singular yet estranged from itself. If a Koons artwork stares back at you, it does so lewdly.

"What is the point of this art?” Hal Foster asks. "Koons claims he wants to relieve us of our shame, which is why he focuses on two subjects where humiliation runs deep – sex and class.” Indeed, Koons’s work has the same faint whiff of masochism as Andy Warhol’s. But sex and class aren’t conjoined the same was now as they were in Koons’s 1980s and ‘90s heyday. Class, for one, is creeping slowly toward the Real, into the realm of distinction Koons shies away from.

Koons says he wants to "give a viewer a sense of themselves being packaged, to whatever level they’re looking for. Just to instil a sense of self-confidence, self-worth. That’s my interest in Pop.” Foster endorses this view of Koons’s work, but gives it a twist. Koons’s faith in Pop Art "suits a neoliberal ideology that seeks to promote our ‘self-confidence’ and ‘self-worth’ as human capital – that is, as skill-sets we are compelled to develop as we shift from one precarious job to another.” This particular belief has always been a sucker’s game, and while Koons wants his art to be generous towards its audience, his career exactly coincides with the rise of an ungenerous economic order. He may draw on tchotchkes for inspiration, but the resulting artworks are affordable only to hedge fund managers.