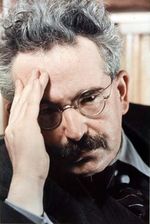 New Yorker classical music critic Alex Ross thinks that the time is right to start reading Theodor Adorno and Walter Benjamin again. I never stopped reading Benjamin, although I haven’t read Adorno since graduate school. This whole blog is based on the premise that Walter Benjamin has something to teach us about the times we live in now. By contrasting Benjamin with Adorno, Ross clarifies exactly how, and why, Benjamin should be read today.

To understand Benjamin you need to understand the Frankfort School, which shaped Benjamin’s thought in the last decade of his life. Here Adorno is a critical figure—for better and for worse. I’m currently reading Howard Eiland and Michael W. Jennings’ Walter Benjamin: A Critical Life. I just reached 1938, when Adorno refused to publish Benjamin’s essay on Baudelaire, intended to be the centerpiece of the Arcades Project. Adorno’s rejection letter is a masterpiece of perspicuity and heartlessness. At one point he locates Benjamin’s critical method “somewhere between positivism and magic.” It took months for Benjamin to recover from the blow. 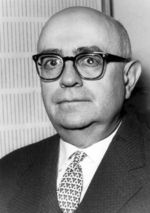 Of the two, Adorno is taken more seriously as a philosopher than Benjamin, partly because Adorno was more systematic than Benjamin, who was always sorting through several critical methods at once.  One point of comparison is their treatment of horoscopes. Adorno stared at them bug-eyed with fury, accusing them of complicity with totalitarianism. Benjamin, by contrast, was open-minded and lyrical, speculating that astrology was a holdover from a primitive identification with nature.

Adorno’s haughty pessimism may be just right for our time. For Adorno pop culture was hopelessly infected by the profit motive, but elite art still dominated official Western culture. This is no longer the case, says Ross.

The pop hegemony is all but complete, its superstars dominating the media and wielding the economic might of tycoons. They live full time in the unreal realm of the mega-rich, yet they hide behind a folksy façade, wolfing down pizza at the Oscars and cheering sports teams from V.I.P. boxes. Meanwhile, traditional bourgeois genres are kicked to the margins, their demographics undesirable, their life styles uncool, their formal intricacies ill suited to the transmission networks of the digital age. Opera, dance, poetry, and the literary novel are still called “élitist,” despite the fact that the world’s real power has little use for them. The old hierarchy of high and low has become a sham: pop is the ruling party.

Benjamin’s heirs have suggested how messages of dissent can emanate from the heart of the culture industry, particularly in giving voice to oppressed or marginalized groups. Any narrative of cultural regression must confront evidence of social advance: the position of Jews, women, gay men, and people of color is a great deal more secure in today’s neo-liberal democracies than it was in the old bourgeois Europe. (The Frankfurt School’s indifference to race and gender is a conspicuous flaw.) The late Jamaican-born British scholar Stuart Hall, a pioneer of cultural studies, presented a double-sided picture of youth pop, defining it, in an essay co-written with Paddy Whannel, as a “contradictory mixture of the authentic and the manufactured.” In the same vein, the NPR pop critic Ann Powers wrote last month about listening to Nico & Vinz’s slickly soulful hit “Am I Wrong” in the wake of the unrest in Ferguson, Missouri, and catching the song’s undercurrents of unease. “Pop is all about commodification: the soft center of what adapts,” Powers writes. “But sometimes, when history collides with it, a simple song gains dimension.”

Adorno learned from Benjamin how to discern an entire cultural crisis in toys and songs. In the end, Adorno and Benjamin teach us to pay attention to what’s around us and ask some hard questions: Can you ever completely escape from work? Can the structures of your job appear even in the most escapist movies and television shows? Conversely, does the term “escapist” do a disservice to, say, a summer popcorn movie? In all the noise could there be a quiet resistance to the way things are?