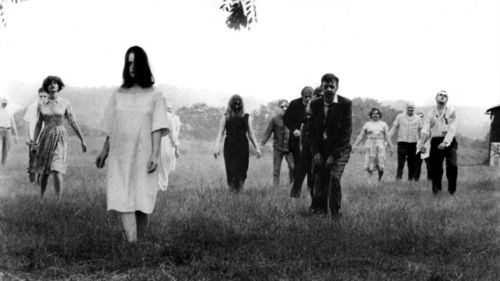 David Castillo and William Egginton argue that the vampire is no longer a fully apt symbol for globalized capitalism. Since Karl Marx the vampire has been the symbol of capitalist exploitation, with the capitalist sucking the blood from the body of the worker. The allegory endures in part because the vampire’s deathless beauty corresponds to the preening attractiveness of the economic elites.
The figure of the vampire is a product of the Gothic imagination and its fascination with the cycles of sin and punishment. A Gothic world view, however, still presumes some underlying and meaningful order to human affairs. The vampire eventually dies. What happens when the only imaginable end is apocalypse? What happens to those people who vampires can’t be bother with?
All over the world there are great masses of people who aspire to be the living bodies to be exploited. Millions are born who will never contribute anything to the global economy. As German philosopher Niklas Luhmann puts it, "there is nothing to exploit in the favelas."
Castillo and Egginton don’t suggest the unexploited masses are zombies. Rather, the unexploited masses are indicative of a deeper purposelessness to the globalized economy. The real zombies are us.
Zombies are both newer and older than vampires. Zombies didn’t enter American popular culture until George Romero’s  Night of the Living Dead (1968), but the idea that death comes in two parts—bodily and spiritual—pre-dates the Christian era. Sophocles’ Antigone is condemned to death, but her righteousness radiates long after her physical death. In her beauty and purposefulness, however, Antigone is the anti-zombie.  The modern zombie endures physical death, but the law requires a state of being the body can’t satisfy. The result, according to Castillo and Egginton, is a "monstrous excrescences driven on by a fundamental imbalance in the world of men.”
We exist between two deaths–Lacan called it entre deux morts–stumbling along, mindlessly consuming just so the whole global engine can keep producing wealth, leaving the masses outside the system to pick over the waste products. There’s no alternative to global capitalism, so the obligation to consume will never cease until the world itself comes to an end.

I'm starting to think that the robots won't even need to take over.