The city of Marseille is making its homeless wear yellow triangles–one half of the Nazi-era Star of David–with health information. I’m guessing none of the badges are labeled “bonne santé.”

Re-labeling of a different order occurs further to the north:

French city of #Grenoble will pull its advertising panels & replace them with trees: http://t.co/6wdUrIxt15 #phealth pic.twitter.com/QXE3ZTsAjW

“Father was busy reading and did not notice that the house was being filled with strange Indians until Mother spoke about it.”

—A nervy twelve-year-old girl writing in 1846. Joan Didion cited it as an example of self-respect, which leads one to put fears aside and do what needs to be done. Writing in 1961, Didion observed, “people with self-respect exhibit a certain toughness, a kind of moral nerve; they display what was once called character, a quality which, although approved in the abstract, sometimes loses ground to other, more instantly negotiable virtues.” 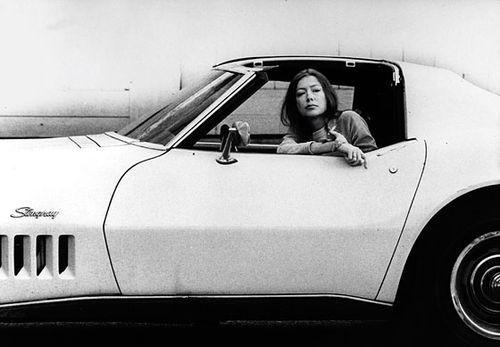 Talk about a vanished world:

“Our Secret Life in the Movies” has an extraordinary structure: Co-authors Michael McGriff and J.M. Tyree have assembled a list of 39 obscure art-house films as the starting point for a collection of brief, jagged improvisations on their respective youths. The result is a double-barreled bildungsroman of gothic, middle-American squalor and ruin.

More here. And for more on the theme of cinematic novels, visit Electric Lit.

Fox News is so torn on the Cosby situation because they hate black people but love rape.