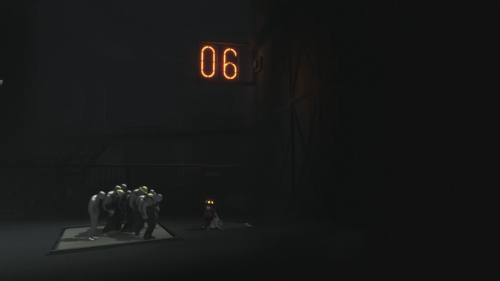 The video game Inside is an allegory of late capitalism, according to Kyle McKenney. You play the part of a boy who must collect zombie bodies in order to cross a dehumanized landscape. The key to the game's allegorical form is that the boy drags a cartload of working class bodies under the gaze of white collar workers who have some degree of free will. McKenney argues the journey implicates its participants–including players–in the worldwide trafficking of migrant labor.

This sour, gloomy game is produced by Playdead, based in the supposedly happy nation of Denmark.