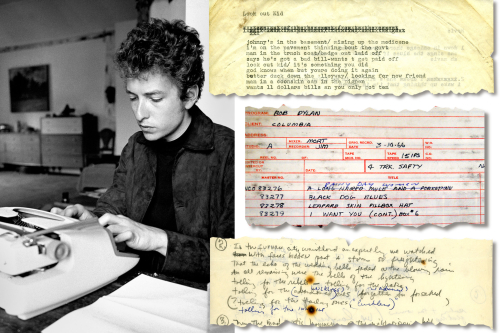 In June 1970 Bob Dylan released Self-Portrait, a double album of original songs and covers. Dylan's mystique was then at its peak. He'd transformed American popular music in a sequence of popular and acclaimed albums, from Bob Dylan (1062) to Blonde on Blonde (1966). In 1966 he was injured in a motorcycle accident, a totally Dylanesque way to get hurt. Upon recovery he headed to Nashville to soak up another form of American music, documented in Nashville Skyline (1969). Self-Portrait promised to sum up his career so far and to point to his future direction. Then one of rock's preeminent critics, Greil Marcus, listened closely to the album and asked, "What is this shit?"

Dylan has been riding a wobbly motorcycle ever since. After his great run between 1962 and 1966, Dylan has produced music of wildly uneven quality. Read the appreciations of his music and you'll see how tilted they are toward his early work. Throughout the years, however, one constant has been the figure of Dylan himself: secretive, unpredictable, and, above all, Beatnik cool. In a career of puzzling moves, he's never strayed far from his original project, which was taking the acoustic, performative tradition of American music and adding literature.

Now he's won the Nobel Prize for literature. The award isn't totally a surprise; his name has been bandied about as a possible Nobel laureate for years. I get the sense that the Nobel committee made the decision to award him a prize while drinking in the same bar in which they chose Dario Fo in 1997. One of the objections to Dylan's award is that song lyrics aren't literature. Somewhere in the tweet storm this morning someone said it's as if Gordon Ramsey won the Nobel Prize for chemistry. This is a valid objection, if a flimsy one. Genre problems aside, one has to grant Dylan's Nobel is a recognition of the performative aspects of literature. 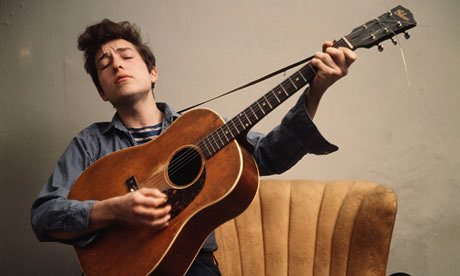 The other argument in Dylan's favor is that he's remained a popular poet while somehow never pandering to his audience. This may be true, but Dylan's moment was a brief one–everything that happened before his crackup in 1966.

I'm a Dylan fan, but this is an ill conceived nostalgia award wrenched from the rancid prostates of senile, gibbering hippies.

Welsh's characteristic hyperbole overstates the role of nostalgia in Dylan's award, but Welsh raises a good question: if Bob Dylan had started recording in 1972 rather than 1962, would he have been awarded a Nobel today? His music is really of a moment that has passed. His work isn't timeless, only his sources.

His primary claim to contemporary relevance is that he's an analog guy in a digital age.  He's the Moleskine of American musicians. He has an archive of notebook writings. Uncountable bootleg tapes of his music circulate among aficionados. His songbook ranges from the gramophone to the Harmon Kardon turntable. Even his wardrobe is from the vinyl era. One wonders if unconsciously the Nobel Prize committee is protesting digitized culture and the drowning of literature in the data stream. Last year they recognized Svetlana Alexievich, who also infused orality with literature. The literature prize has long been known as a vehicle for making points about the state of writing in the world.  Why else would they choose an old Symbolist with a raspy twang?