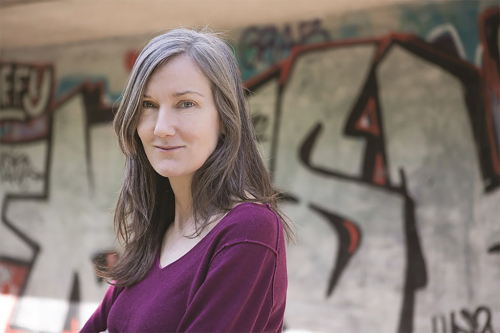 Andrew Martin has an excellent review of Nell Zink's five novels.  I read several reviews of her work before getting around to reading two of her novels (Nicotine and Doxology). The difference between reading about her work and actually reading it is like the difference between a punk band's studio album and its live performance. Zell writes headlong with a bravura wit, but her prose can miss some notes and the narrative gets sloppy in places–much like a punk rock band live. At the same time, the performance hangs together as something fresh if not wholly satisfying. The trade-off is sensation and vividness for precision and meaning. Martin is the first reviewer of her work who captures the live punk band experience of reading Zink.

Nicotine was my first Zink novel. Like Doxology, it was better in the upward slope of premise than the downward slope of resolution. Doxology is a more considered work, so its turning more more explicit. Martin puts his finger on where the novel goes wrong: the death of Joe Harris, a 1990s rock star. Joe's rise to rock stardom struck me as implausible, even by loose standards of the day. His fame was such a lark he could only come to a bad end, which he does. As Martin points out, after his death the novel downshifts as Zink subjects her heroine to a marriage plot as the 2016 election approaches. Zink’s female characters are better at reading the room than finding a comfort zone. In her latest novel, Zink has new plans for which her heroines are ill-equipped. Martin precisely identifies what Doxology means to Zink's career development:

It may be the case that her strengths as a writer are fundamentally those of the disrupter and the caricaturist rather than the nuanced social chronicler, but the madness of the current moment calls as much for disruption as it does for breadth and grace. Doxology may prove to be a transitional book in her career, like, say, Evelyn Waugh’s A Handful of Dust, the work of a committed spitballer creeping toward a more sober reckoning with the world, then bailing out when things get too real.

I'm not sure if "the madness of the current moment" Martin refers to is the madness of the Covid-19. Destruction seems to be happening all by itself. It wouldn't seem necessary for Zink to come along and topple things over. Yet shelter at home seems to be more promising material for Zink than finding Mr. Right, where she landed in her last novel. The improvisatory culture that's bound to emerge from all this might be just the thing for her. She writes fast, so we may learn very soon.